Issue 16 of Tekiota will have you dig into:

The font you choose to display text is every bit as important as the voice you use to speak if you want a reader to not only understand what they are reading, but also remember it as well.

Finding a workable font combination has never been easier thanks to Type Genius (typegenius.com), a website that helps you choose fonts that look good together. With Type Genius, simply go to their site, and click on “Select a Starter Font”. A menu will appear where you select your document’s main font. After selecting your base font, you are brought to a page that shows the recommended font or fonts.

This can be a great way to allow students a chance to add impact to their writing’s message, while not overwhelming them with too many choices. With Type Genius, there are two suggestions: a font for the title, and for the body of the text. It is very easy and simple to use.

Many of the fonts on Type Genius are available in Google Docs. If you do not have a font installed in Google Docs, installation is only a few clicks away. For a refresher, double check how to install fonts in Google Docs.

Create word lists for your ELL students in 5 minutes thanks to a tip shared by Cris Turple on Twitter. 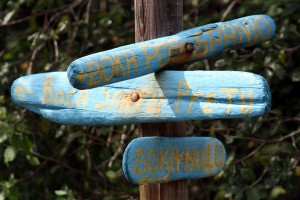 If you read our article on Twitter and signed up for the service, pay attention to the hashtags in the tweet above.

Cris uses the GoogleTranslate function included in Google Sheets to translate text from one cell into another language in another cell:

In this video Cris demonstrates how to create a list of words and translate all of them very quickly by copying and pasting the function into multiple cells at once:

The first application I picture for using this in your classroom is as a tool to differentiate instruction for your ELL students. Prepare a vocabulary list of important words for your unit, paste it in Google Sheets and voila.

We featured Plickers on Tekiota and this teacher heard us. The tip of the hat goes to Amanda Barrow who invited us to her classroom to witness her application of Plickers when polling students knowledge about HIV. Since this is a sensitive topic and her group is very mixed, it allowed her to get honest and candid answers from all her students. Furthermore, the feedback she provided on the app and which we included in the comment on the original article was heard by the app developers who responded to her questions on Twitter. Now that is powerful!

@VictorBoulanger @AmandaLBarrow Students put card down when they see a check by their name. Should help get all Ss. pic.twitter.com/qE5D8oetWe