Out Back
/aʊt bak/
1. A collection of links discovered beyond the breaking waves of the Internet
beta version 16.22 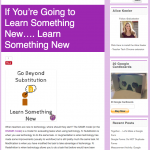 “I have heard some people say that SAMR is a ladder and you start a teacher new to technology with the S substitution level of the SAMR model. I disagree with this. SAMR is not something to climb, but rather just a rating system. (…) Your classroom should function differently when you introduce technology”.
Alice Keeler 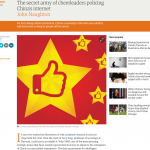 Professor King calls it “strategic distraction”, but really it’s the political equivalent of the LOLcats that keep western youth anaesthetised and off the streets. 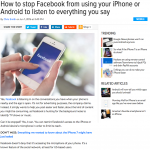 “Yes, Facebook is listening in on the conversations you have when your phone is nearby and the app is open. Facebook doesn’t deny that it’s accessing the microphone of your phone. It’s a known feature of the social network”. 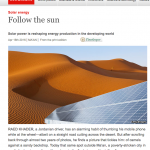 “I have gotten so many opportunities just because of the social media aspect that’s tied to education. I live on Twitter it’s like a continuous feed of positive energy from people that you really want to be around “.
Samantha Hulsman