To get a lesson on how to use empathy to create human-centered designs, look no further than G10 Claire. She gets the tip of the hat this week for leveraging social media in order to establish global connections.

Her assignment was to create a flag for a chosen place or territory. Claire picked The Republic of Karelia, a little known former USSR state. 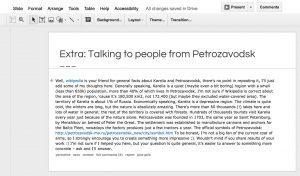 This task was realized in the context of her MYP Design class. With her work, she exemplifies the concept of empathy at the core of design thinking. In order to determine how best to design her flag, she wanted the input of people from the Republic of Karelia to better capture the feelings of the population. To reach out to them, she used Reddit.

Reddit is a self-professed social media, social news aggregation, web content rating, and discussion website. Reddit’s registered community members can submit content, such as text posts or direct links. In its own words, each single post begins a new community with participants joining or leaving the conversation as they want. On this huge platform, a very engaged audience often will share breaking news ahead of any other media outlet.

Claire created the topic “Anyone know or from Респу́блика Каре́лия?” on Reddit  and received eager responses from citizens of Petrozavodsk:

“I’m from Karelia. What would you like to know?” responded user vitalissimo almost immediately

“me too ask me anything” was ckKZ’s answer

She then incorporated their answers into her assignment. 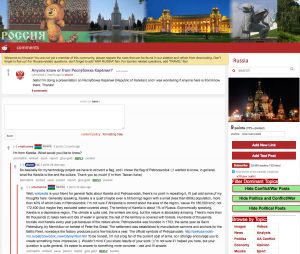 By now you are probably very eager to see the results of her work, so here it is, Claire’s flag for the Republic of Karelia. 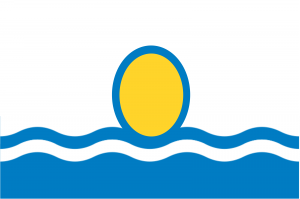 Flag for the Republic of Karelia

Regarding the connections she was able to make while working on this assignment, Claire’s words are:

The power of the Internet

Where to Go Next?

Don’t forget to congratulate Claire for her work in Tom Hammerlund’s MYP Design class. And if you are curious to learn more about Reddit, read What Is Reddit? from The Atlantic.

Here’s this wonderful work taking a life of its own on Twitter:

This student went on Reddit to talk directly with people from the country she studied. #bonuspoints #mypdesign pic.twitter.com/8nMlElvHom

“Digital citizens, seek and you will find!”
Victor Boulanger (2016)